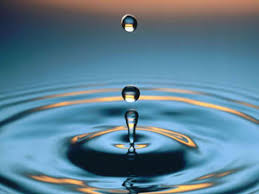 The world of vending has evolved over years to include advances like remote monitoring and inventory control software; but, vending machines have a history far older than you might think. Custom vending machines may seem like a new technology; however, they are actually a very old invention. The first custom vending machine, in fact, was created in the first century AD by a Greek mathematician.

Hero of Alexandria, was responsible for many startling inventions. He created a heat-driven engine that could open and close heavy stone doors. He also devised many objects that were used in the city’s theaters, such as a device that raised and lowered curtains and another that would create thunder-like sound effects. But, one of his most useful inventions was a custom vending machine, which is described in his book “Mechanics and Optics.” Hero’s machine would dispense holy water when a coin was inserted into the machine. The coin would be inserted into a slot at the top of the machine, falling down onto a pan attached to a lever. The lever would open a valve that let water flow out until the coin fell completely off, closing the valve and ending the dispensing.

We want to take your business into the future of vending. Here at IDS, we offer a large selection of top of the line custom vending machines with remote inventory control, custom supplies dispensing and more. Give us a call for more information 1877-771-4446.

Find out how much you can

Save with IDS' Automated Dispensing Solutions!

It may be eye-opening to quantify in dollars the amount of waste your organization may be incurring due to untracked supplies and unaccountability. But, do not despair, this may identify a fabulous opportunity for your company to easily and immediately achieve savings.

This will only take a few moments. First, let's get some basic information. Then all you will need to do is input the item cost and monthly usage of ANY supply item.

This website uses cookies to improve your experience while you navigate through the website. Out of these, the cookies that are categorized as necessary are stored on your browser as they are essential for the working of basic functionalities of the website. We also use third-party cookies that help us analyze and understand how you use this website. These cookies will be stored in your browser only with your consent. You also have the option to opt-out of these cookies. But opting out of some of these cookies may affect your browsing experience.
Necessary Always Enabled
Necessary cookies are absolutely essential for the website to function properly. This category only includes cookies that ensures basic functionalities and security features of the website. These cookies do not store any personal information.
Functional
Functional cookies help to perform certain functionalities like sharing the content of the website on social media platforms, collect feedbacks, and other third-party features.
Performance
Performance cookies are used to understand and analyze the key performance indexes of the website which helps in delivering a better user experience for the visitors.
Analytics
Analytical cookies are used to understand how visitors interact with the website. These cookies help provide information on metrics the number of visitors, bounce rate, traffic source, etc.
Advertisement
Advertisement cookies are used to provide visitors with relevant ads and marketing campaigns. These cookies track visitors across websites and collect information to provide customized ads.
Others
Other uncategorized cookies are those that are being analyzed and have not been classified into a category as yet.
SAVE & ACCEPT
Powered by
Translate »